This product is a scam. It’s made to look like a real antivirus or antispyware program but all it does is ask you for money. It’s not a legitimate program, it doesn’t stop spyware, viruses or do anything useful.

It’s called PC Antispyware 2010, a name that sounds a bit serious (and misleading). The screen looks pretty fancy, maybe people trust things that look nice or shiny – don’t be fooled by it.

If you see the screen above then don’t click on the download link, don’t install it. You can see a larger screenshot by clicking here. Only use antivirus products from known and trusted vendors.

There was a vulnerability in the iPhone that could allow it to be hacked by sending it an SMS. In theory this would allow hackers to take control of your iPhone quite easily.

Apple has responded with a patch (called 3.0.1) that fixes the vulnerability. It can be downloaded and installed using iTunes.

A new worm (a kind of malware similar to a virus) is being spread using Twitter. It appears as tweet that says:

If you click on the link it takes you to a video page and asks you to download a new codec. I’ve written about the dangers of installing  new codecs, read about it here.

The technology spammers use is always changing. A report released by MessageLabs in June 2009 shows that 83% of spam is currently being sent from botnets. Now let’s explain what a botnet is.

There are people out there who hack into people’s home PCs (the PCs of ordinary people like you and me). They usually write a virus to do this, or pay someone to write the virus. Then when they’ve hacked into a home PC, they add it to a list.

Now keep in mind that most home users won’t know their PC has been hacked. Everything still looks normal.

The hacker then sells this list of PCs to a spammer. The technical word for this list of controlled PCs is called a botnet.

A spammer buys this list of hacked computers and the program that controls them all at once. He uses also buys an email list from someone else (a list with millions of people’s email addresses). He presses a button, and all of the home PCs he’s controlling start sending out spam.

Again, home users don’t know their PC is now being used to send out spam. They might notice their internet go a little slower but most people don’t have the technical skill to work out why. It just gets ignored.

The spammer then sits back, relaxes after doing his 5 minutes of work. If anyone gets caught for sending spam it’ll be the home user, not him. The home user is ignorant of what’s going on. The hacker made his money and will do it again. And the cycle repeats again after a few days.

So how much spam are we talking about?

The largest botnet in operation in June 2009 is sending 74 million spam emails a day, all of this from people’s home computers. That’s a lot of spam.

What can you do?

Don’t let your own computer become part of a botnet. Use a good antivirus product, scan for malware, and fix up any problems.

USB Drives are so popular these days nobody thinks much about them anymore. They come in all sizes (up to 128GB these days) and don’t really cost that much. They’re cheap enough that some people give them away. 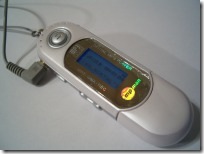 So can they spread malware such as viruses? Yes, they certainly can. On many Windows computers, when you plug in a USB drive it does a quick search and it can run programs installed on them. Microsoft calls this a feature.

But malware authors (bad hackers) know all about this and they write malware that runs as soon as the device is plugged into a computer. You won’t know it’s happened, malware can install itself quietly in the background without getting in the way of your work.

So what do you do about it?

What else can plug into your USB port and carry malware?

And if you’re thinking how can malware get onto a camera, I’ve seen it myself. A friend took their camera to the local shop to print some photos, then lent me the camera so I could help them with something, I detected a virus that installed itself on it from the shop.Yes, it really happens. Take care with USB devices.

This email tries to trick you into running a virus attached to the email. Why would anyone do this? Well, the email is vague and it sounds like it’s a serious and technical matter.

If you receive any of the emails shown below, delete them:

You have (1) message from Microsoft Outlook

You have (98) message from Outlook Express.

A spam email pretending to be sent from the Bank of America tells readers they need to install a digital certificate. What it really does is install malware.

Not only does it install malware, it also asks you for your user ID and password.

Here are some tips to help you avoid this sort of scam:

There’s a new Facebook Trojan – it shows up as a message from a friend asking you to click on a link.

The message has a few variations, such as the ones below:

Veryy veryy funnny videoo of you..;)

Check out my video: http…etc…

AA-ha-ha, i saw yourr a__ in the internnet! lol My a__ has not been on the internet. My hubby won a nipp

There is another fake anti-virus product called Malware Doctor. It pretends to scan your PC then tries to trick you into paying them money.

When Malware Doctor first starts up it pretends to scan your PC for viruses and other malware. Then it tells you it found a few things that shouldn’t be there.

It then says that you’re using an unregistered version of Malware Doctor and that you need to pay for the full version to remove the malware.

It’s a scam, if you see Malware Doctor on your PC you need to take action to clean your PC.

How does Malware Doctor appear on your PC?

There are viruses that spend their life downloading malware (viruses, trojans, etc) and installing them on your PC. So if you have Malware Doctor on your PC it means you have more malware that keeps installing it. A big problem.

How do you get rid of it?

There’s a procedure here. If this is too technical for you then you’ll need to get your PC serviced.

Always have a good anti-virus product on your PC that prevents all this malware from installing in the first place. It’s easier to prevent malware than it is to fix.