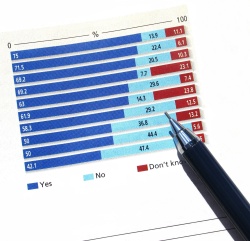 Last week’s post about a threatening spam email (“She has already gone to hospital“) was extremely popular here, and I think it deserves a review.

I was informed about this malicious spam on Monday morning so I wrote about it here. Later that day this site had received a few hundred visits from Australia and New Zealand. This kept up until Thursday when it received over a thousand visitors, mostly from Canada. That was fun, and it’s interesting to see how the spam spread across countries. It’s still getting lots of attention till today.

I beleive the reason this site received so much traffic was because I was the 2nd person to write about it (as far as I could tell by doing a Google search on Monday morning). So when people started to do searches to work out if the threat was real or fake, Google directed them here.

It’s great to see people researching spam instead of blindly believing it. I just hope they had a chance to read this page before they clicked on the malicious link. And I hope everyone learns not to believe everything they read on the internet.

And a special hello to Karen and Stephanie, regular readers of FraudO.com 🙂

Last night I upgraded this website to WordPress 2.5. Why? Because it’s important to always use the latest version of software.

The previous version (2.3.3) was doing well, it did everything I needed. But as with any piece of software vulnerabilities are eventually found and exploited. The good people at WordPress release new versions not only to add new features that I may or may not need, they fix vulnerabilities.

The solution as always is to upgrade to the latest version as soon as it becomes available (you still need to test the upgrade and backup your files before doing any upgrade).

So version 2.5 is more secure. The new features it provides are nice but security should be the first priority. Imagine if this website were hacked and visitors’ PCs became infected just by browsing this site!

It’s the beginning of a new year and it’s always a good time to pause and reflect on how far we’ve come and on the opportunities that lie ahead. In the short time this web site has been up I’ve written 54 posts and traffic has been slowly increasing. 2008 promises to be a great year and you can expect to see over 200 new posts. That’s a lot of information for most people to read (and research from this end), and by posting it a little at a time it’s easily achievable.

IT security is a massive industry. On the surface it’s a battle between people with bad intent and with security professionals working on behalf of all users. The best line of defence is to learn as much as possible and to use that knowledge to avoid being caught in the middle of this battle. Fight fraud with knowledge.

And if there’s one piece of advice I’ve kept repeating it’s to invest in a good anti-virus program.

With that I wish everyone a great new year. 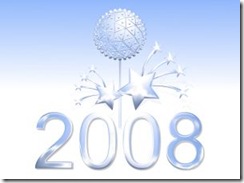 Welcome to FraudO.com. After some time of planning this site has gone live. Read the about page to see our goals and plans.