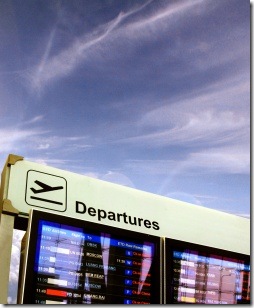 There’s some new spam that claims you bought a plane ticket and has an invoice attached. The invoice is in fact a piece of malware. This is similar to the UPS (United Parcel Service) emails that have been popular in the past couple of weeks.

The email will have a variation of the following:

If you get any emails like this just delete it. Don’t open the attachment.