Ghostnet is the name given to some malware that’s been spreading around the world recently. This sort of thing happens every day, but what’s different about Ghostnet is that it has mainly targeted political offices. 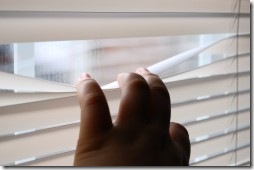 This can’t be an accident or coincidence. So far 1,300 computers have been found to be infected with Ghostnet (not many), including the computer used by the Dalai Lama, a NATO computer, computers in the embassies of India, South Korea, Indonesia, Romania, Thailand and many other government offices around the world. These were clearly targeted.

What’s Ghostnet do? Researchers have found that it can turn on the camera and microphone on computers that have one, allowing people to spy in a room (or office). Can malware really do things like that? Yes, malware can do anything on a PC, that’s why it’s important to protect your PC.

Who’s behind Ghostnet? Researchers have directly accused the Chinese of operating it.

How do you get it? So far it seems people are tricked into downloading a file that infects the PC. Specific people are targeted and asked to download the file. This is called social engineering. And because they only targeted a small number of people it takes a long time for anti-virus companies to find out about it and to update their anti-virus programs.