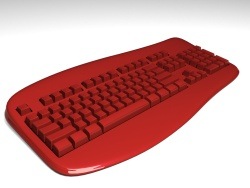 There’s a malware program called MonaRonaDona, if you end up installing it (by being tricked into downloading something you don’t really need) it causes a bit of havoc with your computer.

It then suggests you try an antivirus program called Unigray. This is one of those fake antivirus programs that have been appearing lately. All it does is mess up your computer, and you’re asked to pay $39.90 for it.

So stay away from MonaRonaDona and Unigray. Use one of the popular antivirus packages (such as those you can buy in a computer shop).