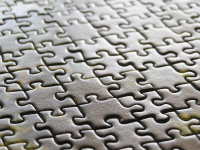 Computers are very complicated machines. This article is an introduction to computer security suitable for all people.

Anyone who says a computer is simple, or the latest version of anything is easy to learn either is lying (possibly with the intent of selling you something) or is naive. Over the past 25 years computers have only become more complicated, programs and systems have grown to be huge and no matter how much work is done to wrap things up in a nice simple interface it’s inherently complicated under the surface.

Compare an old car with a more complicated vehicle such as a space shuttle. If something was wrong with the old car you’d probably know just by driving it. With a space shuttle you probably wouldn’t know unless you had a large support team monitoring all the sensors. Computers have become like that.

Commercial environments (such as offices) have IT departments that constantly monitor all their computers and repair problems (including vulnerabilities), often without users being aware of it. Home users, or small office environments, don’t have this luxury and won’t be aware of a problem until it’s too late. The problem could expose itself as a failed drive, and you might lose some data. Or it could be a compromised network leaving your computers at the control of hackers. In fact there are countless possible scenarios.

And then there’s the risk to you. Some people insist there’s no reason a hacker would attack their computer, that there’s nothing valuable on it anyway. In fact there’s something very valuable in every computer you use: confidence in the computer’s security. You want to know your computer’s safe to use for internet banking (and that it’s not under the control of a hacker). You want to know that your computer isn’t being by an unknown person to send spam or to commit a crime.

The point of all this is that you should never assume anything with a computer is simple. Computers don’t take care of themselves, and problems really do exist, often without your knowledge until it’s too late to prevent it.

Your approach to computers should include the following points:

This article hasn’t gone into any specifics, it’s an overview on why you need to be proactive. It presents a case for putting effort into maintaining a computer or network.