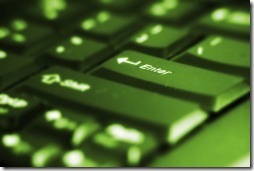 Would you be comfortable knowing that people can “listen in” to your wireless keyboard and watch what you type? It would be a great way to capture passwords, and that’s not a good thing.

I’ve written about how vulnerable wireless keyboards are. It used to take a lot of skill to hack into a wireless keyboard but now someone’s made it so much simpler. Here are instructions on how to build a wireless keyboard hacking device, complete with the software necessary. This model only works with 27MHz keyboards, which are the older and cheaper kind. It’s quite easy to build this device and to use it.

With a good enough aerial these type of hacks could be done from your neighbouring unit, house, office, or probably from a vehicle parked outside. You won’t know your wireless keyboard’s been hacked.

More modern and expensive keyboards can also be hacked, even those that have stickers on them saying how secure they are. But they take a bit more effort and skill.

I don’t believe in using wireless keyboards, they’re not secure. If you’re using one, it only costs $10 or so to upgrade to a wired one.