Microsoft would like you to know that using Safari on a Windows PC is dangerous. And of course they’d say that, they have a competing product they’d like you to use (Internet Explorer). So what’s happening?

A few days ago Microsoft published a security advisory of a potential vulnerability in Apple Safari. Technically they’re correct, there is a vulnerability and we’ll look at it in a moment. The flaw hasn’t been exploited yet, at the moment it’s more theoretical. It’s just a little suspicious that they put this much effort into pointing out flaws in a competitor’s product and that they’ve used their security advisory system for what can be seen as a marketing manoeuvre.

So what’s the flaw?

It’s being called Carpet Bombing. Here’s how it works. 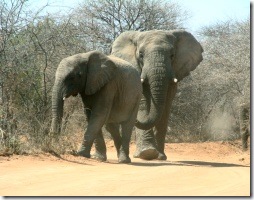 A web page is created that has hundreds of hidden download links (in the form of "iframes"). The files are silently downloaded onto the user’s desktop. This can be done without the user’s knowledge.

Apple says it’s a security issue, not a vulnerability. Microsoft says users should avoid using Safari until researchers have looked further into.

So is this a sneaky marketing ploy from Microsoft? It could be, they’ve done things like this before. Or are they sincere and is Safari really as dangerous as they say?

We’ll know more in a few days, by which time Apple would most probably have a fix. I don’t consider this a high risk vulnerability, just something extra to be cautious about. A good antivirus program help here.

Microsoft’s advisory is here (it’s light on details at the moment): http://www.microsoft.com/technet/security/advisory/953818.mspx