An interesting study on orphaned accounts has found some serious security holes.

An orphaned account is when someone leaves an organisation and their network account remains active, instead of being disabled (locked). In a lot of cases those people who have left could still log onto their previous employer’s network and access files and services. 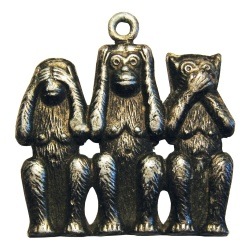 The study found that 27 percent of people reported that they had more than 20 orphaned accounts on their system. If everyone did their job well ideally it would be 0.

38 percent of people said they had no way of knowing if a terminated employee had logged into their system. Security auditing is very important and not very difficult, without it IT managers won’t know who’s doing what on their network.

In other words, in about 27% of companies if someone left they could still log in from home, copy files, send emails, and otherwise use the system the same as when they were officially employed. And in 38% of cases nobody would ever find out.

So how long should it take to terminate an account? Accounts should be disabled at the end of the employee’s last day and not a moment later. In some companies there’s so much bureaucratic admin that, according to the above article, it ends up taking 3 days to a month to do this. Shocking.

It’ an organisation it should be everybody’s responsibility to protect the network and all private data. If your organisation is slacking in this area say something about it.